The students who make up the Toll Gate Class of 2022 were sophomores in high school when the pandemic first began. Their high school experience was full of unexpected surprises. …

The students who make up the Toll Gate Class of 2022 were sophomores in high school when the pandemic first began. Their high school experience was full of unexpected surprises. Some were good and others not so good but no matter what was thrown their way they persevered.
“They faced challenges but they dealt with it with such dignity and perseverance that they will hold a special place in mind,” said Toll Gate High School Principal Candace Caluori. “Overall I am incredibly proud of the Class of 2022.”
The Top 10 in particular are a self-motivated group of students who are involved in a wide variety of activities inside and outside of school. Not only was their success encouraged by their own personal love of learning but by their parent's and teachers' endless support and encouragement. 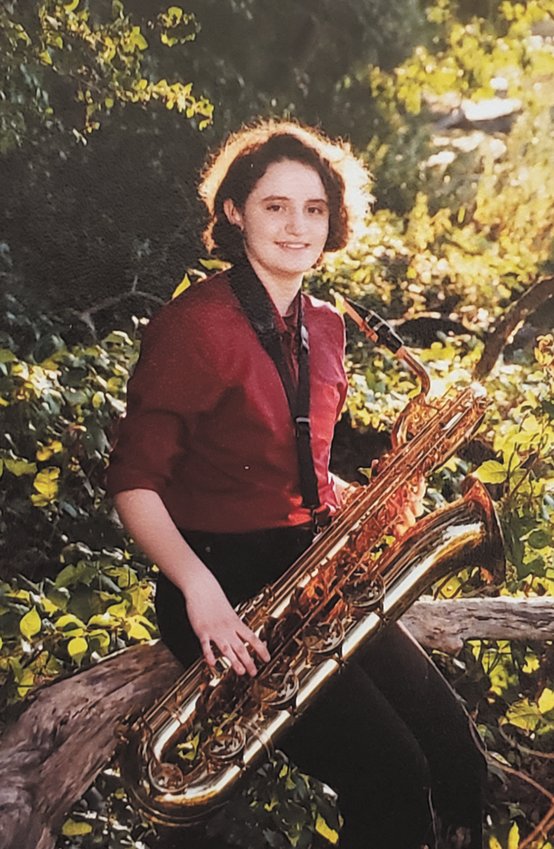 Valedictorian of the Class of 2022, Sydney Randall will fondly remember her time in high school and mostly her involvement in multiple-band ensembles and other extracurriculars. This fall she will be attending Northeastern University in Boston. Randall will be majoring in Music Industry.

Randall participated in jazz band, honors band, and was Concert Band President. She was the treasurer of the Class of 2022 for all four years, Math Team captain, drama club tech director, and National Honor Society President. Randall has also danced at Cheryl Ann White School of Dance since she was three. She was also the manager of the girl's soccer team.

Randall was the recipient of a multitude of awards including the Harvard Book Award, President’s Education Award, Outstanding Achievement in Composition award, a member of the Spanish honor society, and a National History Day award winner. She was an AP Scholar and a national merit finalist.

She is thankful for not only her involvement in extracurriculars but her family's support. Randall also wrote about how her teachers helped shape her high school experience.

“Multiple teachers have also made these years great, including Mr. Reed, Mrs. Biafore, Mr. Sollitto, and Mrs. Washington. These teachers especially fostered my love for certain subjects and were always up to talk and share ideas with,” Randall wrote. 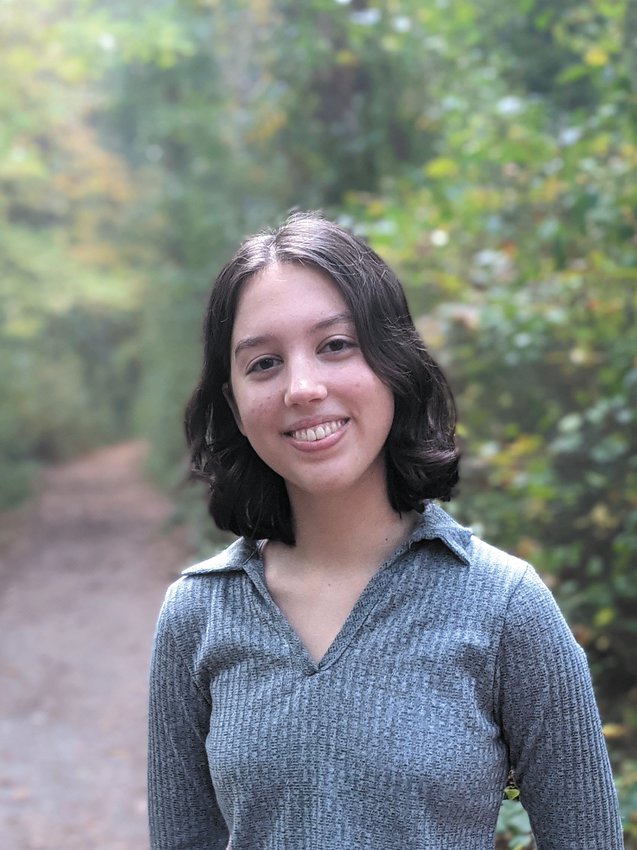 Marie Bonynge has earned the title Salutatorian of the Class of 2022. She will be attending the University of Rhode Island this fall where she will be part of the Doctor of Pharmacy program. There she will continue to explore her love of learning.

Bonynge participated in the French club and Drama club. She was also a Cross Country team member and ran hurdles for indoor and outdoor track. As well as being a math team captain. Bonynge was the Brown University Book Award recipient. She was a member of the National Honor Society, French Honor Society, and an AP Scholar with honors.

“Going into college, I know I’ll carry a lot of good memories with me. Whether that be watching

the school play from the backstage, running through the trails with my cross country teammates,

or working on a problem from the math team with my friends, I have so many memories that

made these past four years special,” Bonynge wrote. 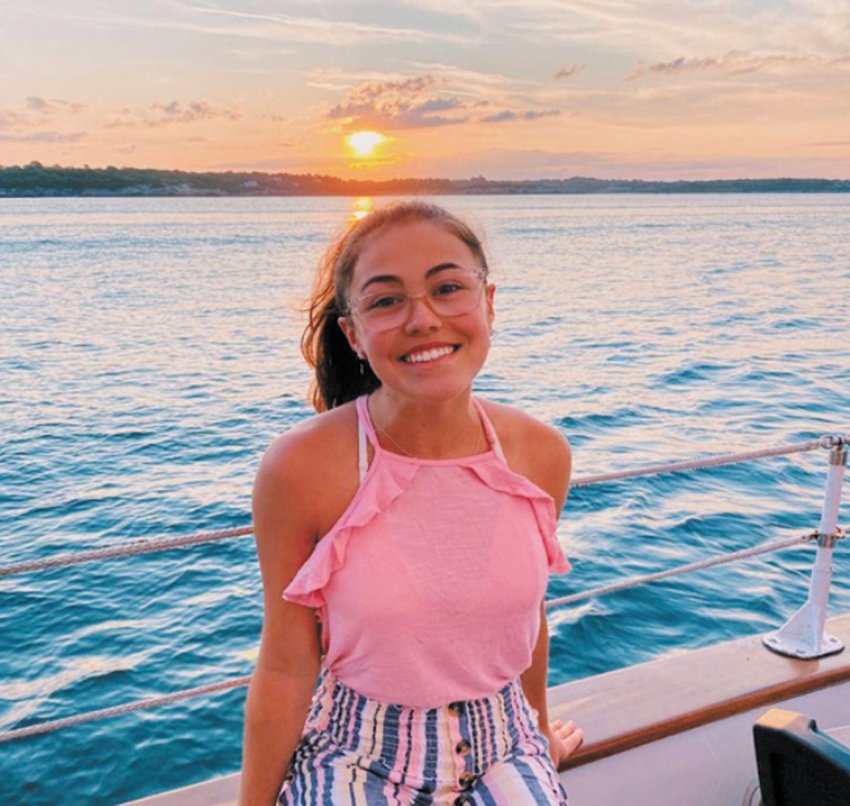 Kendall Brooks ranked third in the class and can't wait to continue working towards the best version of herself in college. Brooks will be attending Roger Williams University this fall and plans to major in Architecture.

Throughout high school, Brooks ran indoor and outdoor track. She was named hurdles track captain. She won a Calculus Award, Physics Award, Technology Award, and the St. Michael’s Book Award. She wrote that her track coaches, family, friends, and teachers contributed most to her success.

Looking back on high school Brooks will most remember, “School dances, memories with friends, wonderful staff and classroom environment.” 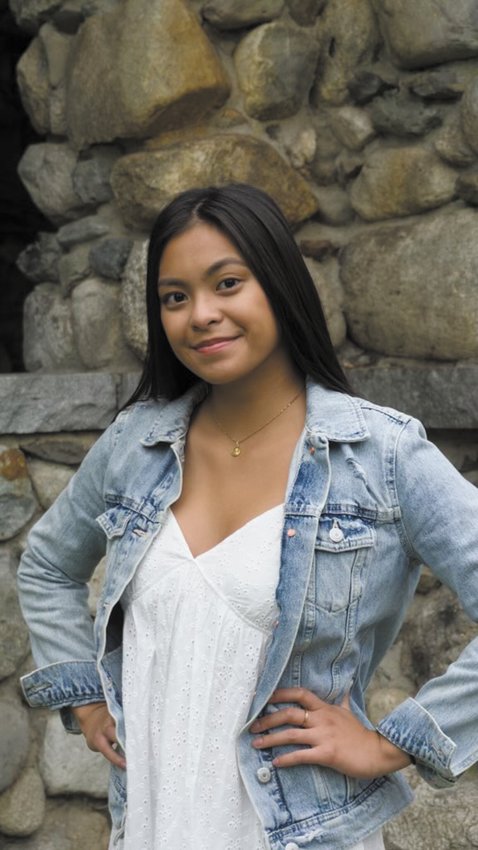 Cassandra Martinez is ranked fourth in the class. She plans on going to Massachusetts College of Pharmacy and Health Sciences in a 6-year program towards a Master's in Physician Assistant Studies, with a major in Pre-Med.

Gymnastics played an important role during her time in high school. She was part of club gymnastics, captain of the varsity gymnastics team, and a coach for Anchor Gymnastics. She was also the National Honor Society treasurer, an associate of Best Buddies, a member of the Language Honors Society, and a freshman tour guide.

“My family had greatly contributed to my academic success in high school. They pushed me to

my maximum potential and gave me incredible opportunities. In addition, my gymnastics family

gave me everlasting memories and unconditional support, which truly fulfilled my high school 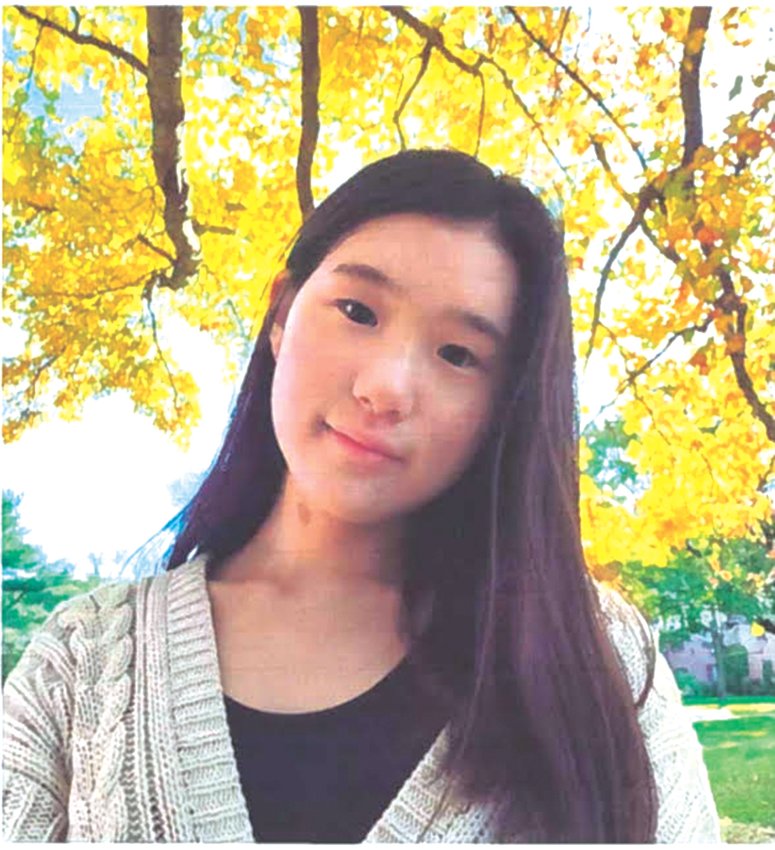 Jaehee Hyun ranked fifth in the class, and she is thankful that her time in high school gave her the chance to see the potential she has as a learner. Hyun plans on majoring in Phycology at the University of Michigan.

Hyun served as President of Best Buddies and the Spanish Club. She was a member of the academic decathlon and was part of the backstage crew for the drama department. She was also the Secretary of the National Honor Society.

She was part of the National Honor Society and Spanish Honor Society. She was an AP Scholar with Distinction and Questbridge National College Match Finalist. Hyun was the recipient of the Suffolk Book Award.

“Every single teacher I had contributed to my success. No matter the subject, all my teachers helped me grow. I especially want to thank Mrs. DiTraglia, Mrs. Dagesse, and Mrs. Washington for caring above and beyond. As for my enjoyment, I want to give credit to my wonderful friend group,” wrote Hyun. 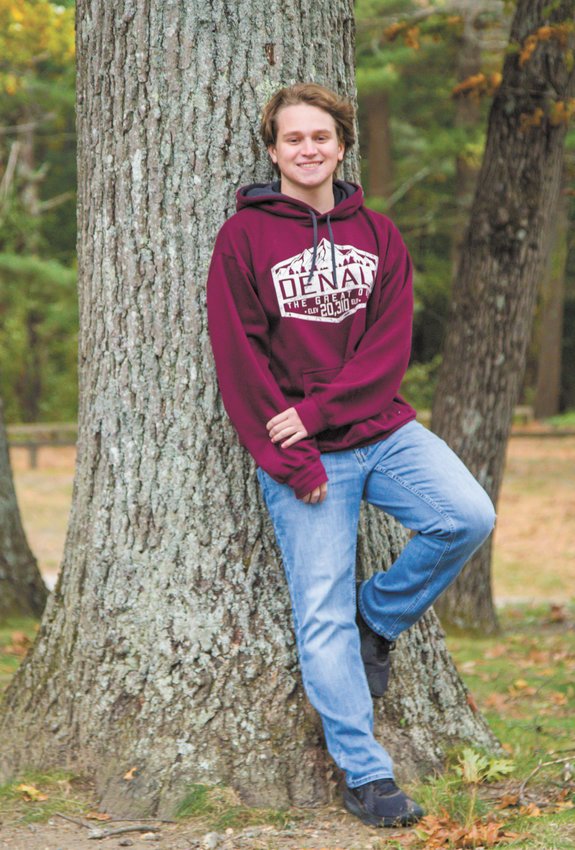 Ryan Butera is ranked sixth in the class. This fall Butera plans on attending Michigan State University and will major in computer science.

Butera was captain of the math teams and a drama club member. He was the recipient of the Assumption College Book Award. He was part of the National Honor Society and a National History Day Runner-Up. Butera also earned the AP Scholar Award.

“I will remember my friends, the good teachers I’ve had, and the classes I enjoyed,” wrote Butera.

When thinking about who contributed to his success and enjoyment in high school the most, Butera wrote, “My parents, my friends, and the teachers who cared about their students. My friends made school more enjoyable, and those teachers encouraged me to do well and succeed.” 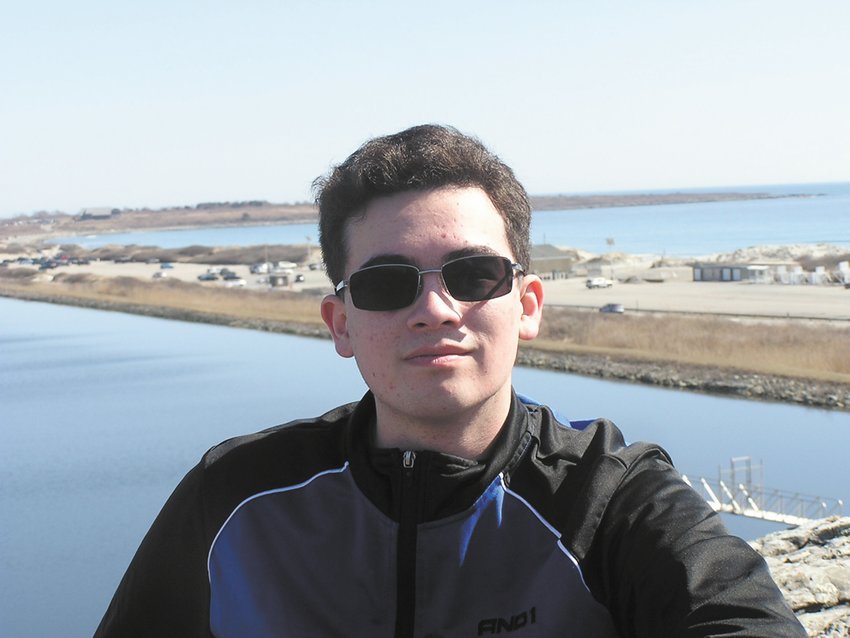 Thomas Torres ranked seventh in the class and was motivated by not only his parents but his own love of learning. He plans on attending CCRI this fall although unsure of what he will major in he ideally would like to use mathematics in his future career, For this reason, he is considering either engineering or computer science.

He was a member of the decathlon team in his junior year. He was a Brown Brain Bee Competitor and  Civics Unplugged Fellowship fellow in 2021. He was also a member of the National Honor Society and Rhode Island Honors Society. He earned a Rhode Island General Treasurer’s Young Leader Award and a Rhode Island Academic Decathlon Medal in the Essay section. He also received the New England Shoreline Section of the Society of Women Engineers Excellence in the study of Stem Fields Award.

When prompted with the question of how contributed to your success and enjoyment of high school, Torres wrote, “Easily my parents.” 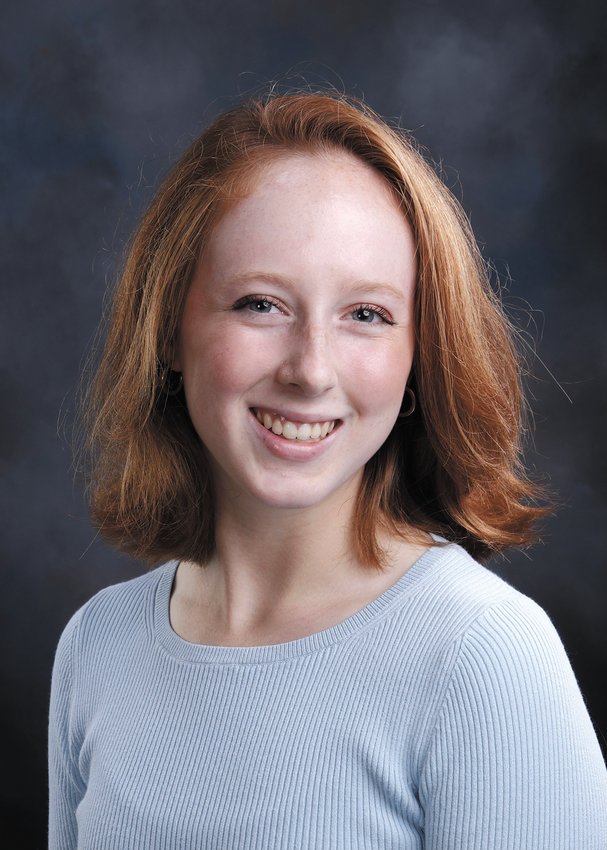 Caitlyn Holmstedt is ranked eighth in her class and has excelled throughout high school because of the support of her friends and her parent's endless support. She plans on attending American University in Washington, DC this fall where she will major in international relations. She is also considering a pre-law, sociology, or environmental science minor.

Holmstedt was part of the French and Spanish clubs. She served as Toll Gate Best Buddies Vice President and President of the Rhode Island Historical Society Teen Advisory Board. She was a Head Chorister of the St. Luke’s Church St. Cecilia Choir. Holmstedt danced for Carolyn Dutra Dance Studio SR. Co. She also interned at the State House.

She attributes her success to her teachers, friends, and parents.

Mrs. Noren, and Mr. Kozusko, as well as my friends who I’ve enjoyed studying and then getting

distracted with, and my parents,” wrote Holmstedt. 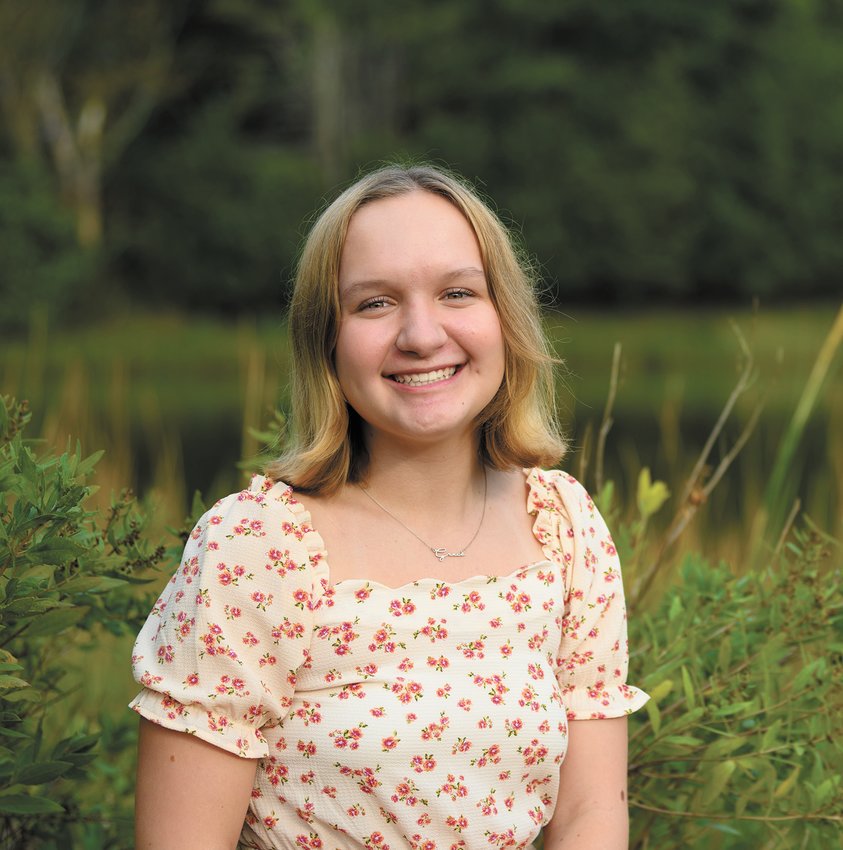 Grace Hamilton, ranked ninth in the class and is honored to be in the top ten but just proud of herself for doing the best she could. Hamilton will attend Simmons University in Boston this fall and will major in nursing.

Hamilton was the Toll Gate Girls Varsity Swim Team Captain, National Honor Society Vice President, and French Honor Society Member. She was part of the Toll Gate Chorus, chorale, and show choir. She also was part of the Drama Club and played Alice in Alice in Wonderland. She received the Wellesley Book Award. Hamilton was one of the two Toll Gate students who participated in Warwick District Community Vision Development 2020.

my life, some of my most memorable experiences included singing at the chorus concerts,

“My support system has always helped motivate me, but I would like to say that my own goals

have helped motivate me the most. It is my dream to work in the medical field, as I have always

loved helping others, and I wanted to try to do well in school to help me reach that goal, “ wrote Hamilton. 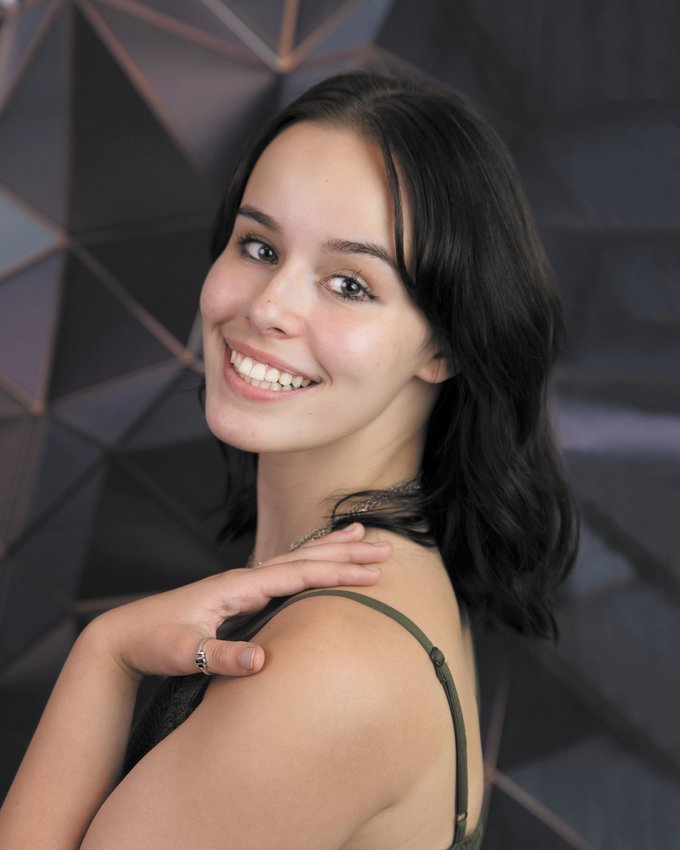 Mikayla Silcox ranked tenth in the class, says the environment at Toll Gate is what motivated her to excel the most. While her major is undecided this fall she will be attending Washington College in Maryland.

During her time at Toll Gate, Silocx participated in dance, Girl Scouts, and joined the math team for a year. She has recently earned the silver award in Girl Scouts

community. While I learned a lot, things like running around with a Shakespeare dance party or

back on my time at Toll Gate,” Silcox wrote.

“I would attribute my parents for encouraging me to explore everything I want to and teaching me to be excited about opportunities and learning. My teachers, like Mr. Sollitto, Mr. Kozusko, Ms. Washington, Ms. May, and Ms. Greenberg gave me a safe place every day where I could be myself and be comfortable with immersing myself in everything their classes had to offer. My

friends, like Michelle and Maddie who taught me more about myself in these four years than I

ever would have been able to exercise myself, made high school a successful venture into

becoming who I am today,” Silcox wrote.

We love our city

At least once a week, eight-year-old Shea Mathewson can be found at Brown University practicing with the Men’s Water Polo team. Shea leads the team in stretches, joins the athletes for yoga and …

Woman at Almshouse may have died with a secret